Laser in Implantology: Why, When & How?

SAVE ME A SEAT 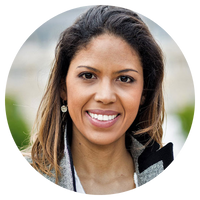 Laser in Implantology: Why, When & How?

The use of lasers in has nowadays proven its interest in various specialties such as ophthalmology and gynecology. Approximately fifteen years ago, lasers were also introduced in dentistry, with several wavelengths. This lecture will illustrate more specifically the indications of Diode and Erbium YAG lasers in implantology.

Diode laser is a technology that uses a penetrating wavelength (660 to 980nm), useful for its photodynamic and photochemical effects. Its effectiveness relies on both the inflammatory host’s response and the bacterial etiology in case of infection. Erbium-Yag laser, with an absorbed wavelength of 2940 nm, allows, by its ablative effect, an easy cutting of hard tissues (bone, cement) and soft tissue (gums), as well as a complete decontamination of infected sites in case of periimplantitis for example.

This lecture proposes an update on the indications and interest of lasers in oral implantology.

This course is aimed at general dentist surgeons or specialists in implantology or periodontology. Its objectives are to introduce them to: